How to find the best cosmetic surgery for my face?

Although we all know that people should not be judged based on their face and the kindness and the characteristics of them is more important but we cannot ignore this fact that beauty plays an important role in our daily social life and relationships.

Whether we like it or not, in the real world, looking beautiful is important.

Beauty is mostly the harmony of the face and body as a whole. 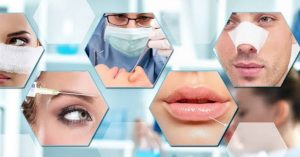 In the vast majority of people, the two sides of the face are not perfectly symmetrical, that is, the shape of both eyebrows, both eyes, and both sides of the corners of the lips, if examined closely, have very slight differences.

Symmetry of facial organs plays an important role in the beauty and attractiveness of the face.

Ideally, the face should be able to be divided into 5 equal parts, each of which is equal to the width of one eye.

One of the most important elements of the face that was involved in creating beauty is the chin. The chin must have the necessary coordination with other members. According to the law, if a line is connected vertically from the lower lip to the nose and continues down, the chin must be on this line in men and a little behind this line (about 2 mm) in women. If the chin is more backward than the above, it will have a significant effect on the lack of beauty of the face and will be divided as backward chin, which will require cosmetic treatment, which is called cosmetic injections into the chin or genioplasty surgery.

Some people consider the beauty of the body to be the thinness of many organs and the fatness of some other organs. For example, most women like to have lean legs and abdomen, but the distribution of fat on their face and breasts does not decrease. This is why many people turn to localized slimming, liposuction, tummy tuck, BBL and other similar surgeries.

No diet can reduce or increase fat locally, so it is not possible for us to have a diet that shrinks a person’s belly but makes the face fatter.

There are several methods that can cause some organs to become thinner, while others do not. These methods such as liposuction and the augmentation of the breasts and buttocks with methods such as fat injections and implants in the chest and buttocks, etc. are used to shape the body.